Some questions, What about “illusion”? Should we not grieve? How should we grieve? 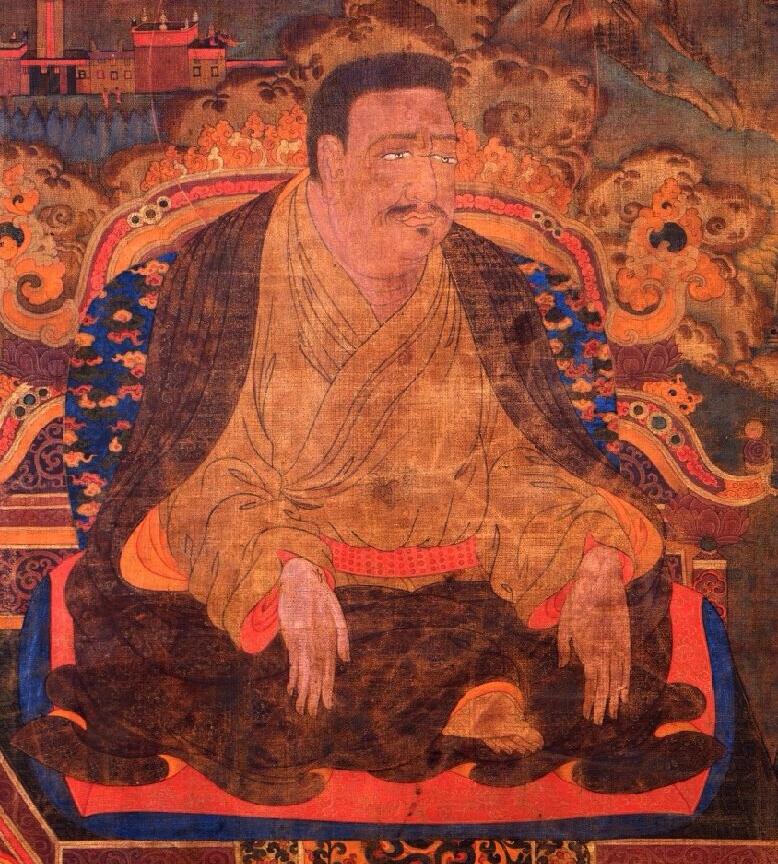 When Marpa’s son died he was extremely grieved. Here’s part of Chogyam Trungpa Rinpoche’s telling of the story :

This was of course tragic and disheartening for Marpa, in spite of all his understanding of impermanence.

One of Marpa’s students mentioned that Marpa had told them that everything is illusion, that there is no substance in anything. “You used to tell us that there is no point in worrying about things. But now that this trouble has come, you seem really upset. How is this possible?” Marpa replied, “My son’s death is illusion, but it is wild illusion, super illusion. It is quite different from ordinary stupid illusions. It’s a great illusion.”

That story is a good illustration of this, from the Pali Canon:

In North American society we don’t handle grief well. We often don’t handle it at all. We only want to deal with cartoon death or fake death that shows up in movies and video games. We don’t want it to be real. We want the promise of continuance so we play games that give us 3 lives or watch movies where we know the actor well hence know they aren’t “really” dead when the movie is over and we are brought up on cartoons that show characters falling off of cliffs or getting hit on the head with anvils in one scene and picking themselves up to continue the chase in the next.

Our television news doesn’t show us the gory details of a wedding party being blown to bits by drones in Yemen, nor the frozen corpses of homeless people on the streets outside our doors. Mention may be made of these items but they will immediately be followed by an awkward segue into a discussion of the latest YouTube viral video full of cuteness or weirdness or stupidity.

Spectacle death is a substitute for dealing with real death. In that Trungpa piece there is also mentioned a meeting between Marpa and his teacher Naropa. Naropa is giving Marpa hell for worshipping a mandala.

Naropa asked Marpa, “To whom will you prostrate, to the magical mandala or to me?” Marpa thought the mandala was so unusual. It was miraculous to see it in living form. So he prostrated to the mandala, the guru’s creation, rather than to the guru himself.

Afterward, Naropa told him it was a mistake to prostrate to the mandala. Because Marpa didn’t have trust in human beings continuing the lineage, and because he was deceived by magic and the superhuman forms he saw

How different is this than what we are doing today—prostrating before all these marvelous creations and images but not dealing with the reality right in front of us?

Before, like in the time of the ancient Greeks or Shakespeare or even in the early 20th century, mass  entertainment (there wasn’t so much media then since they wrote on scrolls and parchment.lol) had a larger social purpose. They were community events, situations where people could come to escape, or come to feel a sense of solidarity in a shared experience with other community members, or where they could feel some catharsis, a release of emotion by the proxy situation.

These entertainments no longer provide a cathartic element, as Aristotle described in his Poetics on the topic of tragedy. Catharsis has been abandoned because the spectacle has taken over. It is no longer an escape but something we must escape from if we are to really engage with life. Our emotions are completely mediated by this spectacle, to such an extent that they are often not even real emotions but facsimiles of emotions. We are out of touch with what is going on inside ourselves.

This is reinforced by the medical industry to a great degree. The DSM5, what is essentially the billing manual for psychiatrists and psychologists, has even pathologized basic grief as something to be treated rather than a process of re-adjustment to significant loss. We are apparently not supposed to feel grief any more, but to stuff it all down, using pharmaceuticals if necessary. Every human emotion and reaction is being subsumed into this paradigm (and it’s a capitalist one) and it has been happening with increasing frequency.

We are urged, with the help of shallow spiritualities, to fake positivity in all situations. People even become belligerent and abusive if you aren’t “nice” enough to them, no matter what your circumstance or situation. You know I’ve talked about emotional policing before so you can read that instead of me having to repeat myself here.

We turn death into an abstraction in the spectacle. If things in life are illusory, and the things that reach the deepest are “super illusion”, then the spectacle is only a copy of a copy (of a copy, etc) of the illusion. It is an imitation and abstraction that draws us away from exploring the illusory and into accepting a copy instead. Illusion and imitation are two different things. An illusion is something we don’t fully understand, like a magician’s magic trick which on the surface looks supernatural, but once understood is quite mundane. People don’t really disappear when they’re put into a magic cabinet. There are smoke and mirrors and a few other things involved. The spectacle, the imitation is not like that. There is nothing further to understand. There is no depth, there is only surface. We are increasingly urged to engage only with the surface, to believe only the surface, to accept only the surface, to feel only on the surface. To forget we are human and to behave as if we are copies of humans.

People here rarely look upon the unmade-up faces of the dead in real life and rarely also in the spectacle of media. We don’t wash their bodies to prepare for the funeral rites. We don’t put ritual oil on them with our own hands. We don’t mark their foreheads with paste that smells of sandalwood. We don’t pour offertory oil on them as they await the fire. We don’t watch them burn on the crematory pyre. We don’t often handle their ashes to be spread in a specific place. We don’t have much if anything to do with it. We outsource that messy stuff to others.

We have come to fear and try to deny death so much that there is little understanding of it or even recognition that it occurs.

People aren’t given much social space any more to feel what they are actually feeling and to process it and re-adjust to their circumstances. That’s part of the reason I’m writing these posts. I’m taking the space and the time that I need. It will take as long as it takes. I don’t care if people don’t like it.

If you are really living your life you will feel it. Completely. And there’s nothing wrong with doing that.

When we have a Buddhist practice that is about “life and death”, we commit to that. Why else should we have a practice? There is no other reason. Any other reason is just an act, an extension of the spectacle.

In Mahamudra, experiences come to you and they are workable. That is the attitude one must take, rather than expecting those experiences to constantly be confirming or pleasurable. Commitment has nothing to do with seeking pleasure or security. It is real commitment.