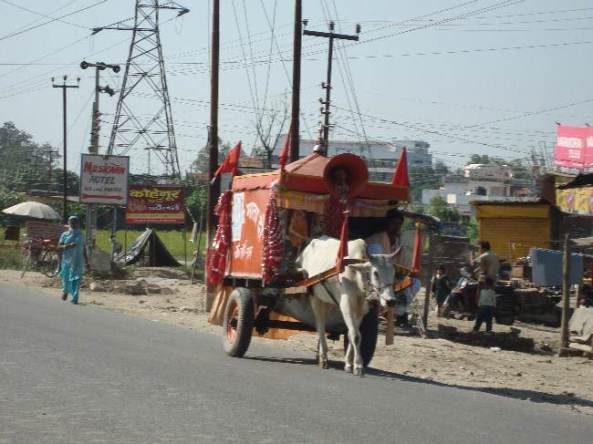 Here in India there are folks who go around under the guise of religion and bilk the ignorant, poor and often not-so-poor and not-so-ignorant. They are called Tantriks. The newspapers abound with stories of people convinces to do everything from handing over their life savings to sacrificing their neighbors children for some kind of relief of problems or personal gain.

Seems that America is not much different. There have been snake-oil salesman aplenty in American history. The only thing that sets apart the current crop is their brazen audacity , utterly shameless greed and the willingness of individuals to participate in this lunacy.

These new Amerikan Tantriks are often monastery and ashram drop-outs with little else going for them but a driving ambition and a lot of glib talk.  Some have no credential at all except for the ability to mimic what they have seen done at a retreat or two or on the National Geographic channel and call it some new fangled self-help technique. Throw in a lot of scientific or foreign sounding words and you’ve got a money making machine. Or at least one to polish up the  outrageously inflamed ego of the group leader.

Recently a couple of people died in a makeshift moneymaking “sweat lodge” ceremony in Sedona Arizona, not exactly a place known to be a bastion of rational or critical  thought.

There have been apologists all over the place preaching compassion for the group leader James Arthur Ray and condemning any sort of criticism of the event. The guy should be charged with manslaughter at the very least. What the fuck are people thinking? Are they thinking at all? (Yeah and Roman Polanski should face up as well! Rape is rape even if it isn’t in Whoopi Goldberg’s esteemed legal opinion (there’s an oxymoron if I’ve ever encountered one) “rape-rape” .How would she like her grandchildren raped even if it isn’t “rape-rape”???)

As the few who have been reading this blog for a while know, some critical examination of some of the bullshit wearing Buddhist (and other) religious robes is not something I shy away from much. Not that I want to become a basher of anything that doesn’t fit “MY” definition of Buddhism but some shit is just too hurtful and harmful to let pass in silence.

Conscience is at the heart of ethics and yes compassion too. Without a conscience there is no ability to identify suffering or beyond that identify with suffering and experience empathy. Without a conscience we are psychopaths given over only to our own self-gratification. I mentioned this before but consider the words of H.H Dalai Lama who used the Tibetan phrase “shen dug ngal wa la mi so pa” which means “the inability to bear the sight of another’s suffering”. (Dalai Lama in “Ethics for the New Millennium). What is it in us that cannot “bear”?

It is the conscience.

The Unquestioned Gurus of the Religion of the Self -I think Duff’s critical examinations of the guru industry in America are much needed. In this piece he talks about the greedy teaching the needy and an important section on psychopathic spiritual teachers. And there are a few of them in the Buddhist world too!

American False Idols-Brenda P. asks some pertinent questions along this line in the Yoga world. Choice comments too.

OneCity picks up the thread  in Ellen’s article Spiritual Warrior Death in Sweat Lodge in Sedona, Arizona It’s a fairly tepid piece, on par with the prevailing Zeitgeist of the Buddhist Blogosphere. (WTF we Buddhists would Neeevvveeeer do anything that silly! Though some of us would follow Michael Roach around for three years without saying a word!  See Could you hack 3 years, 3 months & 3 days of silence? )

New Age Frauds and Plastic Shaman is a new website dedicated to examining these sorts of issues.

The Zen Site has a critical Zen section and a recent inclusion is that of The Aitken-Shimano Letters which outlines years of inappropriate behavior by Eido Shimano, who is still the head of Zen Studies Society and Dai-Bosatsu monastery. Why does this continue?

A couple of loosely critical attempts at guru and teacher ratings. Some well known Buddhist affiliates are included:

Aside: While not a nice post there just needs to be a little more examination of some of the things that go on under the rubric of spirituality and this includes Buddhism. Lecture away if you will about right speech. Faking it in the “flowers and rainbows” department is not something my conscience would rest easy with. Oh yeah I killed a furry little mammal the other day too.